Cloaked in secrecy, Dunsfold Aerodrome was screened from public gaze by woodland and much of its work protected by the Official Secrets Act until the early 1990s. The full story of the aerodrome was a mystery for over fifty years and only became public knowledge when its records were de-classified and a compilation was made of stories from those who served and worked on the aerodrome.

Situated equi-distant between Guildford and Godalming, the airfield began life on 11 May 1942 when the First Canadian Army – mainly the 2nd Battalion Royal Canadian Engineers - began construction of the emergency airfield. After just 20 weeks the site was officially handed over to the Royal Canadian Air Force on 16 October 1942.

Between 1942 and 1945 a variety of aircraft operated from Dunsfold, including B-25 Mitchell Bombers, Typhoons, Mustangs, Mosquitoes and Spitfires.

After the war, the airfield was used as a repatriation centre and over 47,000 prisoners of war were returned to their homelands using Dakota, Lancaster, Stirling and Halifax aircraft.

In August 1946, Dunsfold Aerodrome was declared inactive. Later Skyways Ltd, a charter airline, leased the airfield and then subsequently played a significant part in the Berlin Airlift between 1948 and 1949. Skyways also used Dunsfold Aerodrome to refurbish, test fly and deliver Spitfire and Hurricane aircraft for the Portuguese Air Force.

There have been a number of milestones recorded at the site:  in May 1953, test pilot Neville Duke broke the ‘world speed record’ sound barrier at an average of 727.63 mile per hour (mach 0.92 at sea level) in a prototype Hunter Mk3.

In October 1960, the forerunner of the Harrier Jump jet made its first tethered flight at Dunsfold Aerodrome, which led to its first conventional flight in November of the same year. Up until 2000, when BAe Systems ceased activity at the aerodrome, all derivatives of the Harrier family of aircraft evolved from Dunsfold.

Today the aerodrome continues to  pay homage to its past and is designated as a private unlicensed airfield. In addition to aviation activities, the site is now home to over 100 local businesses, employing more than 700 people. It is also home to the BBC Top Gear team and has acted as a backdrop to a number of Hollywood blockbusters, including Casino Royale and The Da Vinci Code.

Dunsfold Park, as it is now known, continues to evolve, infrastructure is renewed, the working environment improved and lost jobs replaced. 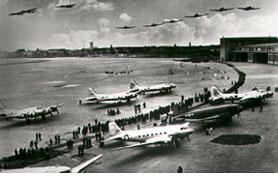 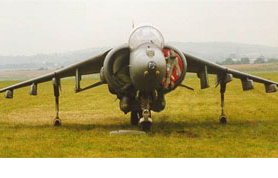